In Fall, 2016, Cognitive & Information Sciences welcomes two new faculty, Dr. Paul Smaldino and Dr. David Jennings. We asked both about their backgrounds, research interests, and what they are excited to teach at UC Merced. See their responses below.

I’m a native New Yorker, and I think that shapes a lot about how I interact with the world. Take that as you will. I did my undergraduate degree in physics at Wesleyan University. While I was there I tended to fill my electives with humanities courses—film and music, history and philosophy — and I held jobs in both film and music after I graduated. I ultimately returned to science, but those experiences helped foster a deeper interest in understanding human behavior. I did an MA in psychology at the New School for Social Research, with an emphasis on cognitive neuroscience. I then did my PhD in psychobiology at UC Davis (they later changed the name to “biological psychology,” but I prefer the old emphasis that places the modifier on biology rather than psychology), where I learned to take a complex systems approach to studying the ecological and evolutionary bases of social behavior. I then spent three years as a postdoc at the Center for Advanced Modeling in the Social, Behavioral, and Health Sciences at Johns Hopkins University, followed by two fellowships back at UC Davis, the first in anthropology and the second split between political science and computer science.

What are your research/scholarship interests?

I study how psychological and behavioral traits emerge and evolve in response to social, cultural, and ecological pressures, as well as how those pressures can themselves evolve. Most of my work is done through formal modeling approaches, and I collaborate with empirical scientists to try to inform and validate my models. Some of my current projects involve the emergence of social identity signaling strategies, cultural influences on personality development, the evolution of cooperation, and population dynamics of scientific communities. I also have broad interests related to cultural evolution, cooperation, and complex adaptive systems.

I’m really excited to teach courses on agent-based modeling. This is a broadly applicable technique in which individuals are explicitly modeled in a computer simulation, so that emergent patterns of social behavior and organization can be observed. Think of the large battle scenes from the Lord of the Rings movies. The thousands of elf and orc soldiers were not played by human actors, nor was every detail of the entire battle meticulously programmed. Rather, computational agents were programmed with rules for individual behaviors, and those agents could then react to their local surroundings. When many such agents were all simulated at once, the result was an emergent scene that looked realistic. Something quite similar can be used to systematically investigate complex systems that are otherwise difficult to study. I am also looking forward to developing a course on the evolution of culture and cognition, which is a particular interest of mine.

When I reflect on it, I am stunned at how lucky I am to have found my way to such a progressive, interesting research community. The group’s strengths in complex and dynamical systems, modeling, and interdisciplinarity are totally unmatched by any other program I have encountered. The kicker is that everyone is also extremely warm and generous. It’s a good place. 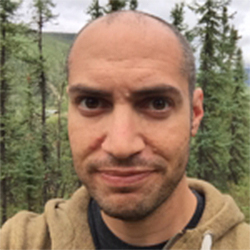 I’m a philosopher. I did graduate study in philosophy and classics at Boston University and in political science at Fordham university. As an undergraduate I read the “Great Books” at St. John’s College. Before joining the CIS faculty, I lectured in philosophy at colleges in Boston and in the Central Valley of California.

I’m interested in moral philosophy and ancient philosophy. I wrote my dissertation on Plato’s view of friendship, and my current research focuses on friendship and philosophy in Plato and Aristotle’s works. In the future I’d like to write on related issues in Epicurus, Cicero, and Kant’s work, as well as on topics in practical ethics, such as effective altruism and our duties to nonhuman animals.

I look forward to teaching courses in moral philosophy and the history of philosophy, such as PHIL 002: Introduction to Ethics, PHIL 003: Applied Ethics, PHIL 130: Ancient Philosophy, PHIL 131: Plato and Aristotle, PHIL 134: Modern Philosophy, and PHIL 157: Philosophy of Love and Friendship.

It’s inspiring to become part of a university that serves the diverse population of Central Valley. I’m from around here, so I’m particularly proud to give back to the community that supported me. Plus, I really like my colleagues and the students here. In joining the CIS unit, I have found a supportive environment for my teaching and research, and I expect to learn more about the scientific study of the mind. 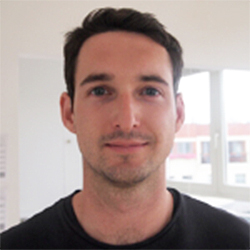