Skip to content Skip to navigation
See our Campus Ready site for most up to date information about the fall semester.Campus Ready
UNIVERSITY OF CALIFORNIA, MERCED

March 11, 2016
CIS faculty Rick Dale has been awarded an Early Career Impact Award from the national Federation of Associated Behavioral and Brain Sciences (FABBS) foundation. The award is given every year to a handful of scholars, and is “presented to early career scientists of FABBS member societies during the first 10 years post-PhD and recognizes scientists who have made major contributions to the sciences of mind, brain, and behavior.” Rick Dale was nominated by the Society for Computers in Psychology for his work on developing quantitative methodologies for studying cognitive and interactive processes. His award notification states:
Dale is known for a number of contributions but he is particularly well known for inventing technologies to measure subtle supportive nonlinguistic gestures that people make during conversation (e.g., eye and arm movements) and for his sophisticated application of numeric methods including dynamical systems theory to make sense of how those gestures impact and influence peoples’ comprehension and interaction. He is also very well known for his efforts to step outside of a limited analysis of linguistic behaviour to build a comprehensive analysis of how people use and understand language in naturalistic settings and without the imposition of too-artificial constraints. The fact that he makes progress on such an ambitious goal is impressive. He is quickly gaining a reputation for forging new paths and inventing techniques to tackle the frustratingly complex problem of how to measure, quantify, and examine the very difficult problem of unconstrained everyday linguistic behavior. 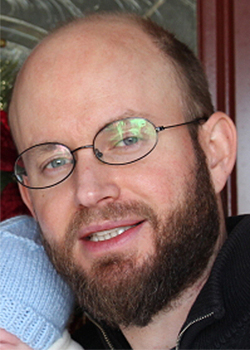