In Fall 2017, Cognitive & Information Sciences welcomes new faculty member, Dr. Colin Holbrook. We asked Colin about his background, research interests, and what he’s excited to teach at UC Merced. See his responses below.

I am an evolutionary psychologist who earned my PhD as part of an unusually interdisciplinary program at the Institute of Cognition and Culture at Queen’s University in Belfast, Northern Ireland. Prior to graduate school, I worked for several years as a mental health caregiver in California and Washington. As an undergraduate, I double-majored in Cognitive Science and Religious Studies at UC Berkeley. After completing my doctoral studies I held positions as a postdoctoral researcher and as a research scientist at UCLA.

I study reasoning under contexts of threat, employing the methods of experimental social psychology, cross-cultural psychology and social neuroscience. My primary interest centers on the relationship between perceived threat and group prejudice, but I am also interested in moral reasoning about the use of force, in the cognitive representation of supernatural agents, and in the functional ways that emotions change how we behave. I am increasingly focusing on ways in which threat can influence trust and conformity with machine agents, including humanoid robots.

I’m looking forward to teaching courses on how evolutionary processes shape both emotion (Spring) and belief in the supernatural (Fall). I hope to introduce students to new ways of thinking about and reflecting on their everyday experiences and interactions. In turn, I am eager to develop a large undergraduate-based research lab comprised of the most passionate and capable students.

I know I’m not the first person to say so, but the interdisciplinary environment at UC Merced is incredibly exciting. It feels wonderful to have found a community that not only tolerates, but actively encourages, research that dissolves conventional boundaries and ways of thinking. I am also very excited to work with an undergraduate population which has historically lacked access to higher education and the many avenues in life that a degree can open. As someone who spent most of his academic life at UC Berkeley and at UCLA, I am very proud to have found a home at the newest and most innovative university in the entire UC network. 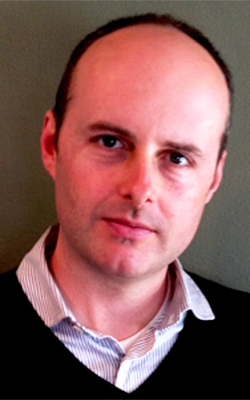