In Fall 2019, Cognitive & Information Sciences welcomes a new Assistant Professor, Dr. Daniel Hicks We asked Daniel about their background, research interests, and why they're excited about UC Merced. See their responses below.

I was born in the Bay Area and grew up in Placerville, between Sacramento and Lake Tahoe, and some of my Irish ancestors came to California during the Gold Rush. So I identify deeply with Northern California, especially the Sierras. I went to college outside of Seattle, lived in the Great Lakes region for 13 years, spent a few years in Washington, DC, and finally had a chance to move home after almost 20 years. Since moving back, I've learned a lot about the devastation that the settler society inflicted on indigenous Californians in the nineteenth century. Because of my family connections to this period of history, this new understanding has complicated the ways I think about my background and identity as a Californian.

I have degrees or minors in math, political science, and gender studies; I ended up finally getting my PhD in philosophy of science. But even then I use a lot of data science methods in my research, and I sometimes describe myself as a computational social scientist.

My major research area is public scientific controversies, such as climate change, genetically modified foods, or algorithmic justice. I generally argue that the epistemological and ethical issues in these controversies are entangled. For example, climate skepticism is connected to certain kinds of strong capitalist values and the material interests of the fossil fuel industry. This means that we can't understand why these controversies persist without thinking about both political power and scientific evidence.

Next semester (Spring 2020) I get to teach philosophy of science for the first time ever. I'm really excited about this class. We're going to be looking at the variety of ways science is done and thinking hard about the role of science in a democratic society. In the long term, I'm going to be involved in creating the data ethics curriculum for our cognitive science graduate programs. Because many of our graduates work in the tech industry, I think this curriculum will be important for creating a cohort of data scientists who understand the ethical, legal, and social implications of their work. 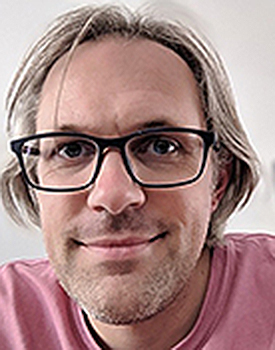