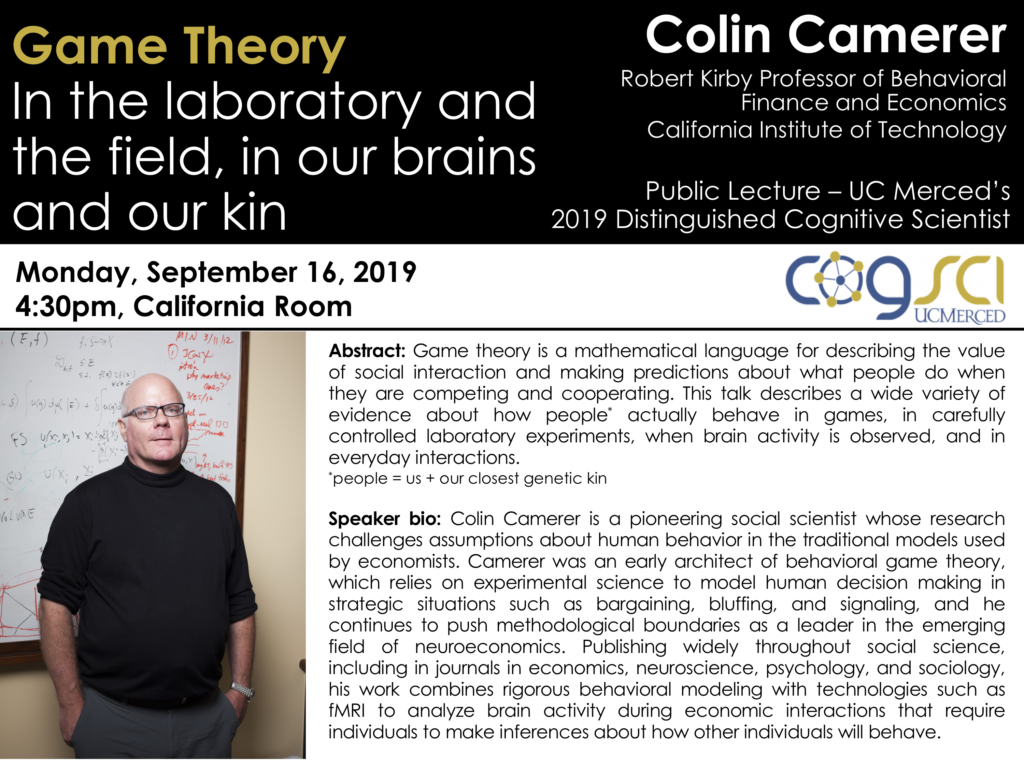 Title: Game Theory: In the laboratory and the field, in our brains and our kin
Date and time : Monday, September 16th, 4:30 PM
Location: California Room, UC Merced

Abstract: Game theory is a mathematical language for describing the value of social interaction and making predictions about what people do when they are competing and cooperating. This talk describes a wide variety of evidence about how people* actually behave in games, in carefully controlled laboratory experiments, when brain activity is observed, and in everyday interactions.

*people = us + our closest genetic kin

Biography: Colin Camerer is a pioneering social scientist whose research challenges assumptions about human behavior in the traditional models used by economists. Camerer was an early architect of behavioral game theory, which relies on experimental science to model human decision making in strategic situations such as bargaining, bluffing, and signaling, and he continues to push methodological boundaries as a leader in the emerging field of neuroeconomics. Publishing widely throughout social science, including in journals in economics, neuroscience, psychology, and sociology, his work combines rigorous behavioral modeling with technologies such as fMRI to analyze brain activity during economic interactions that require individuals to make inferences about how other individuals will behave. Professor Camerer earned a BA degree in quantitative studies from Johns Hopkins in 1977, and an MBA in finance (1979) and a Ph.D. in decision theory (1981, at age 22) from the University of Chicago Graduate School of Business.