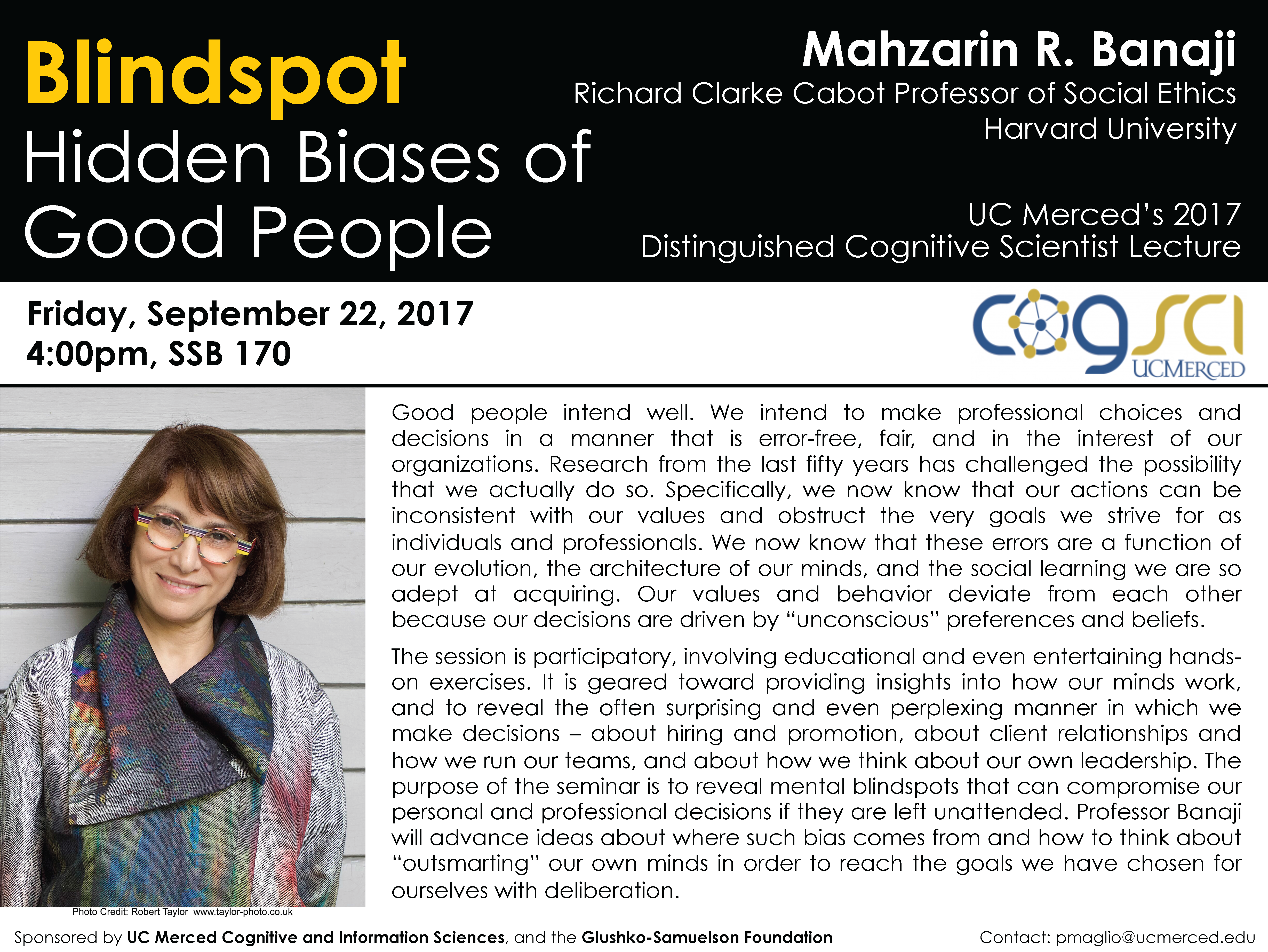 Abstract: Good people intend well. We intend to make professional choices and decisions in a manner that is error-free, fair, and in the interest of our organizations.

Research from the last fifty years has challenged the possibility that we actually do so. Specifically, we now know that our actions can be inconsistent with our values and obstruct the very goals we strive for as individuals and professionals. We now know that these errors are a function of our evolution, the architecture of our minds, and the social learning we are so adept at acquiring. Our values and behavior deviate from each other because our decisions are driven by “unconscious” preferences and beliefs.

The session is participatory, involving educational and even entertaining hands-on exercises. It is geared toward providing insights into how our minds work, and to reveal the often surprising and even perplexing manner in which we make decisions – about hiring and promotion, about client relationships and how we run our teams, and about how we think about our own leadership.

The purpose of the seminar is to reveal mental blindspots that can compromise our personal and professional decisions if they are left unattended. Professor Banaji will advance ideas about where such bias comes from and how to think about “outsmarting” our own minds in order to reach the goals we have chosen for ourselves with deliberation.

Biography: Mahzarin Banaji was born and raised in India, received her PhD from Ohio State University, and did postdoctoral work at the University of Washington. From 1986-2001 she taught at Yale University where she was Reuben Post Halleck Professor of Psychology. Since then she has been Richard Clarke Cabot Professor of Social Ethics in the Department of Psychology at Harvard University. She also served as the first Carol K. Pforzheimer Professor at the Radcliffe Institute for Advanced Study at Harvard from 2002-2008, and as the George A. and Helen Dunham Cowan Chair in Human Dynamics at the Santa Fe Institute from 2011-2015. Banaji was named Harvard College Professor for excellence in undergraduate teaching and previously won Yale’s Lex Hixon Prize for Teaching Excellence. She currently serves as Senior Advisor to the Dean of the Faculty of Arts and Sciences at Harvard on Faculty Development and is the Chair of the Department of Psychology at Harvard University.

In 2005, Banaji was elected fellow of the Society for Experimental Psychologists, in 2008 to the American Academy of Arts and Sciences, in 2009 was named Herbert A. Simon Fellow of the American Academy of Political and Social Science, and in 2015 was inducted as Fellow of the British Academy. She has been awarded a James McKeen Cattell Award, the Gordon Allport Prize for Intergroup Relations, the Morton Deutsch Award for Social Justice, the Kurt Lewin Award for outstanding contributions to the development and integration of psychological research and social action, and the Carol and Ed Diener Award for Outstanding Contributions to Social Psychology. Banaji has also received fellowships from the John Simon Guggenheim Foundation, the Radcliffe Institute for Advanced Study, and a Presidential Citation from the American Psychological Association.

In 2016 Banaji received the William James Fellow Award for “a lifetime of significant intellectual contributions to the basic science of psychology” from APS, an organization of which she also served as president. In 2017 Banaji received the American Psychological Association’s Distinguished Scientific Contribution Award. Her work has been recognized by Barnard College’s highest honor, the Medal of Distinction (2014), and honorary degrees from Smith College (2015), Colgate University (2016), and the University of Helsinki (2016).

Banaji responsibility and just treatment in democratic societies. Her current research interests focus on the origins of social cognition and applications of implicit cognition to improve organizational practices. Her book with Anthony Greenwald, Blindspot: Hidden Biases of Good People, was published in 2013 by Delacorte Press.